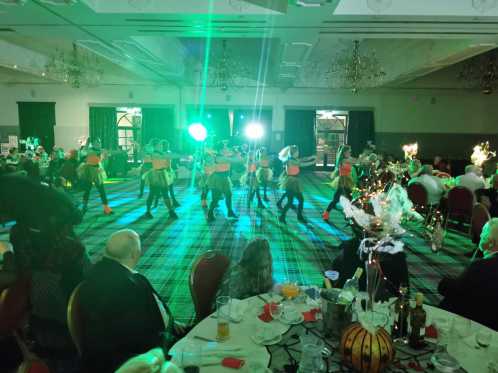 As the sun rose on a new millennium The Crew Girls had partied away the last century, but instead of spending Day 1 of the new millennium resting they set off, (with invite on board), at 3.00am from Coventry to take part in the London - Millennium New Year’s Day Parade, the day would include interviews with American TV networks covering an event attended by more than one million people.

TV appearances would arrive regularly throughout the following years and within a week of the New Year’s Day parade The Crew Girls were invited to appear with Ant & Dec and Cat Deeley on their Saturday morning ITV show SM:TV Live.

2000 was proving to be a huge year for the girls as while final touches were being put to the new Skydome Arena in Coventry an approach was made by the Arena management for the girls to appear at the opening night on May 5th. In turn that lead to The Crew Girls signing up to represent the new Ice Hockey team Coventry Blaze, beginning with their first match against Milton Keynes on August 27th a relationship that would see The Crew Girls go on to perform at 178 Blaze matches. 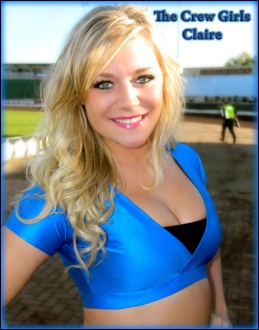 Highlights and memories would continue throughout the early years of the decade with visits in 2000 and 2002 to the Motor Show when held at the NEC in Birmingham. The Crew Girls performed each and every day of the two week shows dancing every hour on the hour drawing huge crowds to the SMMT, (Society of Motor Manufacturers and Traders), stand.

At an event at the HAC, (Honourable Artillery Company), club in Holborn London the girls met Sir Alex Ferguson manager of Manchester Utd, when introduced he commented with a big grin, my lads are playing your Coventry City on Saturday……I do not want them putting off!

During 2002 two notable bookings would showcase how confidently the girls could represent sport and business with equal professionalism. On a sporting note they were booked to appear at all 3 rounds, semi-final and final of the Speedway World Cup, (generating great Sky Sports coverage), while business would be represented by Betterware. The girls performed at their end of year seminars throughout the country with the final event in Bolton seeing each Crew Girl presented with a bouquet of flowers and cut glass crystal. 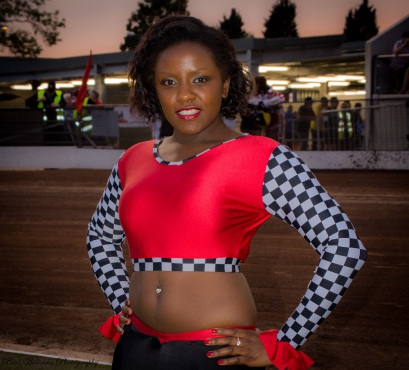 Speedway as a sport had already started warming to The Crew Girls and after representing Oxford Speedway whenever they were on Sky Sports in 2003 the call came to represent the team throughout the 2004 season, giving the girls their first regular sports team outside of Coventry to represent.

Sport played a big part in the life of a Crew Girl and during this decade two exciting 3 year deals were to land on our table.

A constant since 1996 of The Crew Girls portfolio had been Coventry City FC and in 2005 they prepared to leave their Highfield Rd ground after 106 years. In the build up to that event a video celebration of the ground was produced - “The Final Whistle”, The Crew Girls were delighted to be invited to take part and then on April 30th in a highly emotional game the girls performed at the last ever game against Derby County.

While the last days of Highfield Rd were passing, a new state of the art stadium had been looming over the city skyline and as if to pass the baton a naming rights ceremony took place on April 26th just days before the last Highfield Rd game. After being involved with the project from an early stage The Crew Girls were thrilled to perform at the new Ricoh Arena opening ceremony and then just a few short months later the first game on August 20th against Queens Park Rangers.

In early 2006 the cameras were back at the Ricoh Arena but this time with a twist as also there were the film crew for the upcoming movie “All In The Game “ with stars Ray Winstone & Danny Dyer who were terrific to work with. The Crew Girls were booked to perform as the dance group for the fictional football team in the movie and all involved had an amazing experience. 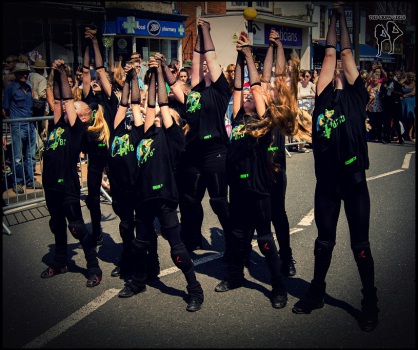 As the decade drew to a close a nod to our early NFL influence would arrive as a request to represent the local American Football club Coventry Jets landed on our table. The British American Football League would see the quality of The Crew Girls and the girls would make multiple visits over the ensuing years to the Britbowl, (UK equivalent of the Superbowl), held at venues such as Sheffield Don Valley Stadium, Crystal Palace National Sports Centre and Worcester Sixways Stadium.

Further television credits in the intermediate years for The Crew Girls would include the BBC 3 show Celebrity Scissorhands with top British hairdresser Lee Stafford, along with presenter George Lamb the girls were to meet a whole host of celebrities including David Gest and Jessica Jane Clement. While the E4 spin off programme Big Brother Little Brother would book the girls to help welcome back popular house mate Bex as she made her return to Coventry. 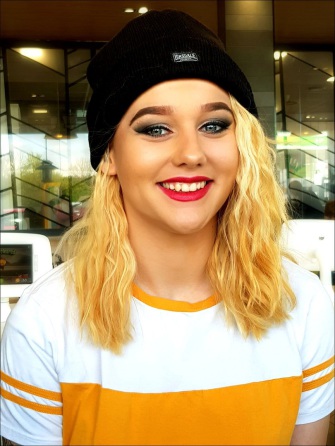